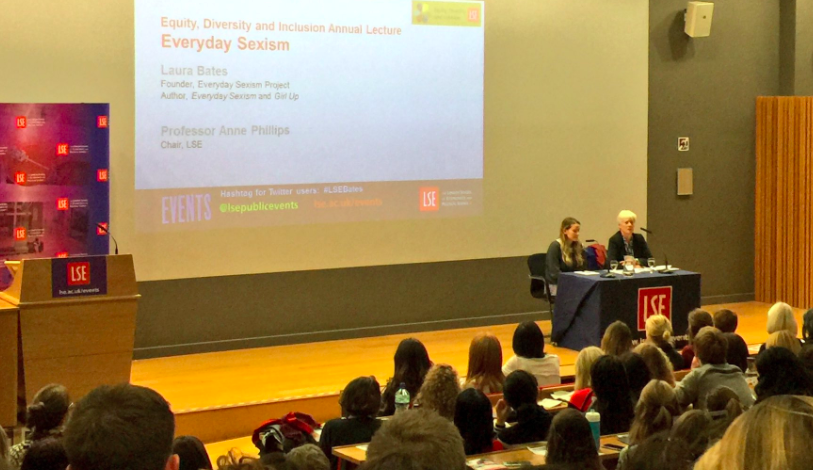 How to Stop Racism Being Used As Another Weapon Against Women

Sexism is nothing new to me, with incidents I can link back to the earliest years of my adolescence teaching me that women are regularly targeted solely for being women. It horrifies me that girls from as young as 14 – and even younger – grow up in a world that expects them to submit to men, for something as radical as existing.

What is most shocking to me is that these are issues that still have to be addressed. I should not have to reconsider the clothes I put on for a night out. I should not be having a panic attack because I feel like I have let something happen to me. The intersection of misogyny and racism is the scariest for a young woman of colour, such as myself, and worrying about it is no way to live.

If you don’t understand this link, here is one example of what happened to me; as I walked home from school this week, I was revolted to find myself facing inappropriate questions from a man about when I am to become ‘mature’. When I didn’t conform to his expectations – of politely answering his demeaning questions – and turned around to walk away, I was subject to racial slurs callously thrown at my back.

Sexism is greatly linked to racism, and to combat the former, we must look at how both gender and race co-exist. Laura Bates’ commentary excellently brings the issue to the forefront, as it should be, and questions how society can combat gender inequality given that it is closely intertwined with racism.

I had listened to this podcast a week prior to my recent experience of it, and it made me reconsider the significance of the situation; had I not known about they are linked, perhaps I may have made light of it. This is why I believe it vitally important for women to speak out about the discrimination they face which pertains to gender and race.

The incident of it happening to me encouraged me to examine why it is that the two overlap. Why do people believe that attacking women, or using derogatory terms against them is acceptable? Does this prejudice stem from a belief that we are inherently powerless? Is it right that compulsory femininity, such as to respond with politeness to degrading behaviour, is forced upon women? Gender and race are parts of one’s identity but we are much more than what we are reduced to by men.

The lack of knowledge about how they intersect and contribute to the sexism that women face highlights the importance of advocating for human rights, which a racist or sexist incident infringes upon. I had a right not to be treated in a degrading way at that time, as much as another woman not of an ethnic minority. However, subverting what we are taught by society is difficult to put into practice when the intersection of these two forms of discrimination unanticipatedly arises. What I would like to be taken away from this is to encourage people to think about our rights; we have to increase awareness of how they can be infringed upon and what options we have when this takes place. Having some idea beforehand about the intersectionality of race and gender prevented me from dismissing the incident as ‘normal’ or something that women of colour are meant to accept.

At the end of the day, we can all do something about global issues; this means examining our behaviour and using our voice to challenge what we are brought up to believe. For one individual, this may be teaching ourselves and others how to recognise prejudiced comments. For another, this may be vocalising the way in which they have been discriminated against. Let’s not underestimate that the advances that we make today have the power to diminish gender inequality as it currently coexists with racism – and thereby kickstart a conversation that has long needed to be approached.

This blog post was written as part of Mei-Jayne’s contribution to NAWO’s Young Women’s Alliance Advance programme, enabling young women to gain the knowledge, confidence and capacity to call for the rights of women and girls. You can find out more on YWA Advance and get your tickets to hear Mei-Jayne, all YWA delegates and human rights experts share their experiences and expertise in the Houses of Parliament on 30th November 2016 here.