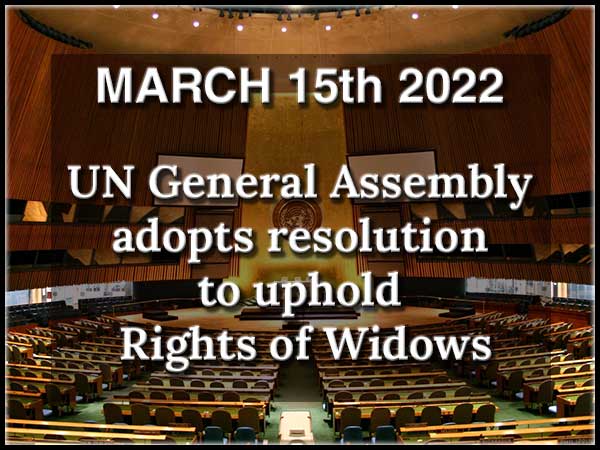 It calls on member states to take appropriate measures to establish domestic processes for registering and recognizing all marriages while eliminating child, early and forced marriage, and to ensure that widows have full access to inheritance and social protection.

It also calls on member states to develop, strengthen and implement comprehensive social protection systems that take into account the needs of widows and their children, as well as widowed girls or adult widows who were married as girls.

It urges members states to strongly condemn and eliminate all forms of discrimination and violence against women and girls, including harmful practices, such as harmful mourning and burial rites, female genital mutilation and child, early and forced marriage.

It calls on member states to collect and analyse high-quality, timely, reliable and globally comparable data on the status of widows in order to close the existing information gap on widowhood.