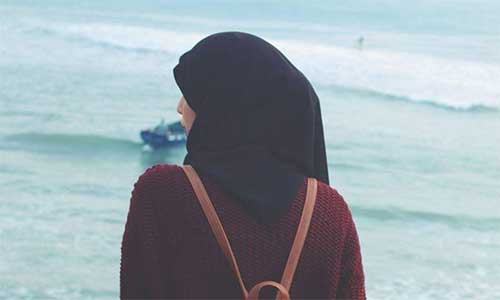 Young Girls and the Hijab

In November 2021, Europe’s top human rights organisation, the Council of Europe, were forced to remove posters from a campaign that promoted respect for Muslim women who choose to wear headscarves after provoking opposition in France.

France’s youth minister, Sarah El Haïry, said she was shocked by poster, which showed a split image of one women wearing a hijab, and one not.
In an interview on French TV, the minister suggested the poster had encouraged women to wear headscarves.
She said this message jarred with the secular values of France, which had expressed its disapproval of the campaign.
”It is the opposite of the values France is standing up for… France made its very strong disapproval of the campaign clear, which is why it was pulled today,”

“The truth is I am distressed by the increasing numbers of very young girls – 6 years old and up, wearing the Hijab, the Islamic head scarf; though we may argue that she chose to wear it, I believe that young girls should be guided to this right only upon maturity. Still despite my personal rejection of the Niqab/veil and the Hijab, I respect the right of mature adult women (18+ years old) to choose to wear the Hijab if they so wish to do so.

It hurts me most, that in the name of freedom of expression, the government has overlooked its responsibility to protect the future of these girls. Starting with their right to childhood, add to it the loss of confidence and ability to make the right choice for their own good, after the process they go through to prepare them for obedience and submission. Especially to every male in the family. Building a weak personality full of fear from God, the male guardian and society. Starting with the Hijab ??

Despite this context, there is no mention of young girl’s wearing the hijab in any of the Quranic texts or the prophet’s sayings.
I come from a Middle Eastern background. I was first born in Nablus – Palestine. In a moderately religious family, where we occasionally prayed, fasted for Ramadan, paid the zakat ( Alms) generously and celebrated Eid. In those days, I never saw any young girl wearing a hijab, and only a few elderly women wore it.

I moved to live in the UK in September 79. And I must admit, that despite my university education and degree, I had no idea what Western democracy meant. Because we were taught that consultation is democracy? No election, no discussion, no debate. That system, generally benefited the elite of the society, and we dared not ask any questions???

I had no idea of the cultural practices in the West, other than women’s sexual freedom, and that the pub is for people to drink alcohol. I remember the first and only time a social worker wanted to come for a visit. I cried my eyes out, because I was previously informed that they would come to take my children if I was not a good mother. And I did not understand what a good mother should be, other than cook, clean and love her children. I did not know that the British system prioritise the wellbeing of the children in the way Western democracies do.

Today, when I visit back home, it chokes me to see over 70% Of women, young and old are wearing the Hijab. It has become a symbol of chastity. And perhaps, the key to acceptance in society? But so help you God if you decide to remove it later. You will face community rejection and seclusion.

The reason behind the adoption of Islamic clothing, is the rise of political Islamic parties, with their ambitions to rule by sharia (Islamic law that is a male/human interpretation of the path/law that God wants his believers to follow), that this law should be obeyed by every Muslim as the sacred law of Islam that regulates all aspects of life. And though all legislations are based on these interpretations, yet women’s clothing have been utilised by Islamists to reflect the purity of society??

Today I see the same scene in London, especially in British Muslim neighbourhoods. This confirms to me the power of Islamic movements, in using and utilising British freedoms and using women’s bodies as a symbol of Islamic identity, to challenge Western freedoms and emphasise the purity of Muslim women, and Muslim societies.

It was in 1982-3 when my 7 year old daughter, whom I forced to go to Saturday Arabic school to learn the language, came to tell me that her teacher spoke offensively about my appearance, and that it does not affirm/show her Islamic identity, and that she has to wear the Hijab to be respected and accepted by Muslims, through asserting her Islamic identity.

I should have challenged the teacher, but I chose the easy way out, and took my daughter to another school.

A couple of months ago, I was invited to a meeting at an Islamic college in the UK. I was asked what campaign can we as Muslims do to gain more understanding of Islam from the British public??

My immediate reply was to stand against young girls being made to wear the Hijab.
The answer was, provided we campaign for stopping young girls wearing bikinis on the beach at the same time, and with the same breath.
I was stunned by the answer, because I think no one should look maliciously (with concealed desire) at little girls in or without clothes.

I am saddened that at a time when there is still controversy in the Arab Muslim region, as to whether the hijab is a religious obligation or a choice for a mature woman. Yet and under the principle of freedom of expression, we allow it for a child. While many scholars in the MENA region emphasise, it is a choice. We in the name of freedom of expression, allow it for young girls denying them the essence of freedom.. . 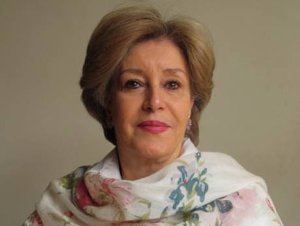 Ahlam Akram is the founder of BASIRA, British Arabs Supporting Universal Women’s Rights, a not-for-profit organization holding screenings of thought- provoking films that deal with current social issues that stand as an obstacle in social progress and justice for women, which is the essence of democracy, in the Middle East & North Africa (MENA) region.
She is a peace and human rights campaigner, writer, and broadcaster.
Ahlam is a British citizen of Palestinian origin who has lived in London since 1979.
Her highly acclaimed articles have appeared in Arabic newspapers Al – Quds, Al Hayat and Al Sharq al Awsat.
Her work has also been published in Elaph, the most popular online Arabic magazine.

NAWO publishes content provided to us by our members
The views, information or opinions expressed in this article are solely those of the writer and do not necessarily represent those of The National Alliance of Women’s Organisations.

Source of image at top of page: Wikimedia